The Last All Hallows Eve

In the tradition of C. S. Lewis’ ‘Screwtape Letters’ Papa Tom presents a fictional story from Lucifer’s perspective of the age-old battle between his seed and the Seed of the Woman from Genesis to Revelation. This is an imaginative story presenting how Lucifer may have viewed the Fall of Man as he usurped dominion from Adam in the Garden of Eden. From Lucifer’s perspective Adam’s choice to disobey his Father gave Lucifer his opportunity to gain dominion over Man; the power he desperately wanted. The temptation in the Garden was the first “Trick or Treat”. The climax of his Rise to Power introduced death into the Big Guy’s creation that day. In celebration of his greatest victory, Lucifer decided to honor himself with a High Holy Day, the first All Hallows Eve. Our story traces Lucifer’s diabolical desire to maintain control throughout time. Man was too weak to overcome him. However, a wild card appeared on the scene 2,000 years ago in the form of a new Adam. Fortunately, He was only on the earth for a short time, but He promised to come back. When will that happen? Is Lucifer worried about the new Adam coming back? What will happen then? Come read and find out! 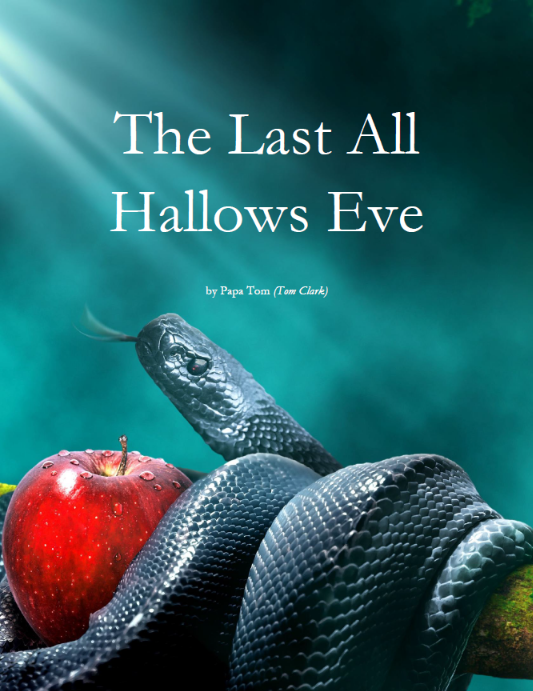 Complete the Form For the Free eBook